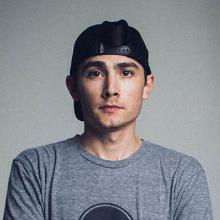 Years as a Camper: 5

I think about my time at Sea Gull often. Sea Gull taught me how to be independent, set goals, stay focused, and accomplish what I set out to do at the beginning of the summer, all while having fun. I learned to find positive things in new experiences, to celebrate others achievements, and to make the best out of every situation. As a freelance Cinematographer, being independent is the name of the game. I'm in charge of what I do, It is important that I stay focused on my current work as well as lining up my future projects so that I can continue to do what I do.

But most importantly, I learned that CHARACTER COUNTS isn't just a few words painted on a board that is hung in the Mess Hall. The way you carry yourself, the way you treat others….all of the things that make up your character will truly play a large part in determining just how far you will go.

I remember every one of my Senior Counselors, Jr. Counselors and CILT's being awesome. Sea Gull does a fantastic job of choosing their staff. A few of the names that always come to mind when I think about camp are Hayes Permar and Richard Scales.

Hayes was my Head Counselor when I was a Camp III Gentleman, and the following summer when I was a Camp IV Gator. Hayes embodies what Camp is. He always set the tone in morning hut meetings for going out and being the best you could be. Hayes loved Sea Gull and every camper that got the chance to be around him had a better summer because of it.

Richard Scales was a cabin counselor a few cabins down from me when I was in Camp IV. We found out that we were both from Alabama and it was really fun to have that in common. We would talk about Alabama football and the town of Tuscaloosa, which is where I was born and raised. Richard and I still keep I touch to this day and we will always get together whenever he is in New York.

What is your favorite project you have worked on?

This is a tough one. As a freelance Cinematographer, I get the pleasure to work on many different projects with a lot of really great people and there is always something to take away from each shoot. That being said, some of my favorite projects in the past few years have been the Rotten and Broke series for Netflix, an NBC Sports feature documentary, a Budweiser commercial with the New York Rangers, and a short film for this year's Met Gala.

What’s your favorite movie?
This is always a tough question and I can never give one film. Some of my favorite films are North by Northwest by Alfred Hitchcock, The Grand Budapest Hotel by Wes Anderson, and The Imitation Game by Morten Tyldum.

What was your favorite Camp activity? I loved sailing, motorboating and creative arts.

Highest rank achieved at Camp?
Sunfish Master and First Mate. I'm not sure if it counts, but I was chosen Camp 4’s Friendliest camper in my final summer at Seagull ;)

What are you watching on Netflix?
I just finished Season 3 of Stranger Things (my favorite season of the show, yet). The Formula 1 documentary series “Drive to Survive” is fantastic, and I'm really enjoying Mindhunter at the moment.

What do you miss about Camp?
As a kid/teen I think it can easily be lost upon you just how special Sea Gull is. There are a lot of things that I miss about camp. I miss the Mess Hall and lining up at the flagpole. I miss the fireballs. I miss the movie nights in Bayou, I miss having so many different activities to choose from. But most of all, I miss the people. You make a lot of relationships at camp and every now and then someone will reach out to catch up. It brings all the memories back and makes me want to be a kid again.

Favorite Camp song? This one is easy. Desperado