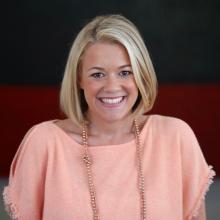 What have been your greatest personal and professional accomplishments? Or what is a
a goal that you are currently working toward?
Camp taught me to be goal-oriented and I’ve used the lessons learned there to help me reach all of my big goals. It might sound crazy, but I really do attribute my summers at Seafarer to my being able to complete two documentary feature films!

How do the values or skills learned at Camp show up in your everyday work or personal
life?
I sent Captain Lynn a video early on during COVID because as I was balancing my baby on one leg and working on my laptop on the other, I realized one of the only ways I was surviving being a full-time mom and a full-time filmmaker during this isolated and overwhelming season was that every time I almost lost it, I remembered two things I
learned through all of my leadership training at camp:

a) Sometimes you have to pull the energy out from your toes, but it’s there and available for you to use!

b) We are not alone in all of our hard work; God is with us and for us.

What person or situation influenced you most at Camp and why did they/it impact you?
One of our devotions during SEA Venture in Costa Rica was about how life is 10% what happens to you and 90% how you react to it. 20 years later, I still remind myself of that
devotion on a daily basis. It can be something small like being in a hurry and stuck behind a school bus or something big like the frustration of my mom having incurable cancer. The situation is so much smaller than how we decide to respond. I will add, however, that we can’t truly always decide our response. I struggled with severe postpartum depression and learned first hand that our minds and hearts can’t always find their way out of a problem on their own. Sometimes it takes medicine and a lot of help to get there. Don’t be ashamed of that!

What advice would you give your younger self?
I think my younger self was actually doing life really well. It was in my early 20s when I let my ambitions get the best of me. Of course, that’s when I stopped being a regular at Camp. As an overachiever, Camp was so good for me because it was a place that valued my drive, and at the same time, it encouraged me to let go and have fun while enjoying simple moments outdoors with friends. Once I “grew up,” I began to let comparison steal my joy. So I’d teach my 20-something self to be more like that 12-year-old camper. And I’m hoping my 35-year-old self will live that advice out for my 15-month-old son too!

Favorite book:
Changes with many new reads, but currently would say “Braving the Wilderness” by Brene Brown.

Dream vacation destination:
I can’t wait to bring Boyd to all my favorite places in East Africa.

TV/Movie character you’d most like to be:
Any character in a Wes Anderson film because it would be such a delight to be along on one of his whimsical adventures and epic sets.

Something with which you are obsessed:
Learning more about racial reckoning.

What are you watching on Netflix?
Just finished “Away” - a series where a diverse group of astronauts (the American is played by Hilary Swank) goes to Mars - and highly recommend it.