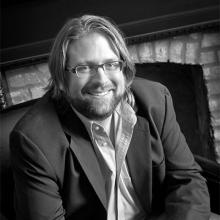 It’s actually quite hard to think how all the lessons I learned at Camp DON’T show up all the time in everyday life!  From treating others with honesty and respect to working with every cabin I was in to try and build teams greater than the sum of their parts – the overall message of Camp to simply be the best person I could have always been a guiding light for me both at home and in my professional career.

And the daily act of taking on responsibility at Camp---as an individual out achieving ranks or other milestones on activities, as a cabin member working with your cabinmates to have a great four weeks together, and as a member of the overall Camp community, was a perfect training ground for doing the same with my clients today.  I also mastered the art of sweeping – so I got that going for me – which is nice.

I really don’t know if I can pick one person, because the list is long of the Camp folks who have impacted me deeply - and many of them are lifelong friends. And I can’t pick a single moment either for similar reasons. But the one ‘situation’ that influenced me more than any other was pulling systos at the Swim Lake. Whether it was practice, or those heart-pounding moments when it was real, no single situation at Camp provided a bigger test mentally, physically, individually or as a team with my fellow Aquatics staff members, and I’ll always be incredibly proud of the job we were tasked with on the swim lake every day.

Who is your favorite emerging artist?  Tyler Childers

What was your favorite Camp activity? Aquatics

What do you miss about Camp?  EVERYTHING!

Favorite Camp song?  Tough one – I have sung camp songs to all 3 of my boys for years, and the playlist has included several including “The Titanic”, “Sea Gull Winds” and “Taps.”  But given my Camp 4 roots, I have to go with “The Gator Song”.

Favorite concert?  Hard to pick just one, but I’ll go with my first show at Red Rocks Amphitheatre in Colorado – the lineup was Chris Stapleton with Brothers Osborne and Lucie Silvas as his opening acts – that was pretty special!