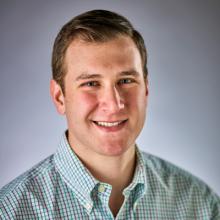 Confidence is grown from practice.  I learned and gained confidence at Camp through the Lightning Training program as a camper.  When you’re a camper, it feels like the most rigorous program in the world, and at the time, it is.  You put in a lot of time, practice, and effort learning from your trainers and instructors.  In the end, you not only gain a big skill, but hopefully achieve the rank.  Mastering something and then being able to pass down that skill to others is satisfying.  That process as both a camper and a counselor gave me confidence.

I also think about the Good Sport Award frequently.  In all businesses where the end result is to be profitable, it’s important to keep in mind the tenets of the Good Sport Award.  I use the word integrity all of the time.  In my profession, it’s important to think about the community before us and the future community for which we are developing.  From our construction to our development team, we want to think about everyone and be thoughtful and purposeful about our actions.

Finally, Camp taught me how to sail, which ultimately led to my first job as a yacht captain.  The relationships I developed in that role helped me get my first job out of college to my current job.  Sailing in general, which I learned how to do at Sea Gull, has been a huge part of my life.  It has allowed me to make great connections from both a friendship perspective but also from a networking perspective, and it ultimately has been a thread that has led to where I am professionally today.

Rhett Smith, who was the Camp Four head counselor when I was in Camp Four. He always had a big smile on his face, was charismatic, optimistic and encouraged fun.  He was also very focused on the little brother cabin concept of Camp Four.  At that point, I had achieved my goals from a sailing rank perspective, so I ended up following his lead and spending a lot of time with campers who were younger than I. I tried to be a role model and friend to them.  As alumni, it’s important to give back.  Camp has given a lot to us, so the least we can do is donate time and / or money to allow for Camp to continue to be the awesome place it is.

What profession other than your own would you like to try? Working at Camp full-time

What is a goal on which you are working? Professionally, my goal is to move up within my organization, gain more responsibility and autonomy, and learn more about the real estate development market.  Personally, I want to continue to become more involved in my local community and other communities in which I care about.  I would also like to become a better mountain biker.