Wyatt & Lil Taylor: Ys of the Southeast Hall of Fame

A Note from Doug McMillan

It gave me great pleasure to attend the induction of Wyatt and Lil Taylor into the YMCAs of the Southeast Hall of Fame in March. Hosted at the YMCA Blue Ridge Assembly in Black Mountain, NC, the Hall of Fame provides a forum to recognize YMCA professionals and volunteers from the Southeastern United States who exemplify a lifetime of commitment to the mission and purpose of the YMCA in their respective community. It honors individuals – YMCA professionals and volunteers alike – who have devoted their lives to strengthening their local community through their devotion and dedication to serving others, thereby making a positive impact on individuals, on their community, and the YMCA movement throughout the Southeast.

Wyatt and Lil Taylor are very deserving of this honor. Their leadership and legacy impacted countless lives and was formative in the growth of the YMCA of the Triangle. Additionally, their values have impacted key YMCA and overnight camps across the country.

Today, alumni from Sea Gull and Seafarer are involved in YMCAs in Lexington, Gastonia, Winston Salem, Charlotte, Atlanta, Tampa, Richmond and across the south as staff and volunteers. Moreover, thousands of adults and young people across the country live and teach the values learned from Wyatt and Lil Taylor every day.

I joined other Camp alumni to share thoughts on the impact and legacy of Wyatt and Lil. This video was shared at the induction ceremony. I invite you to take a look.

CEO and President, YMCA of the Triangle 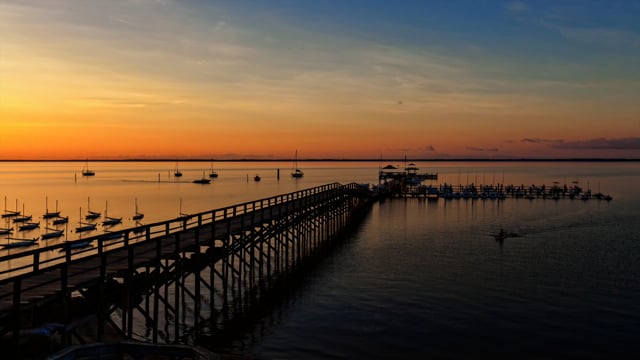