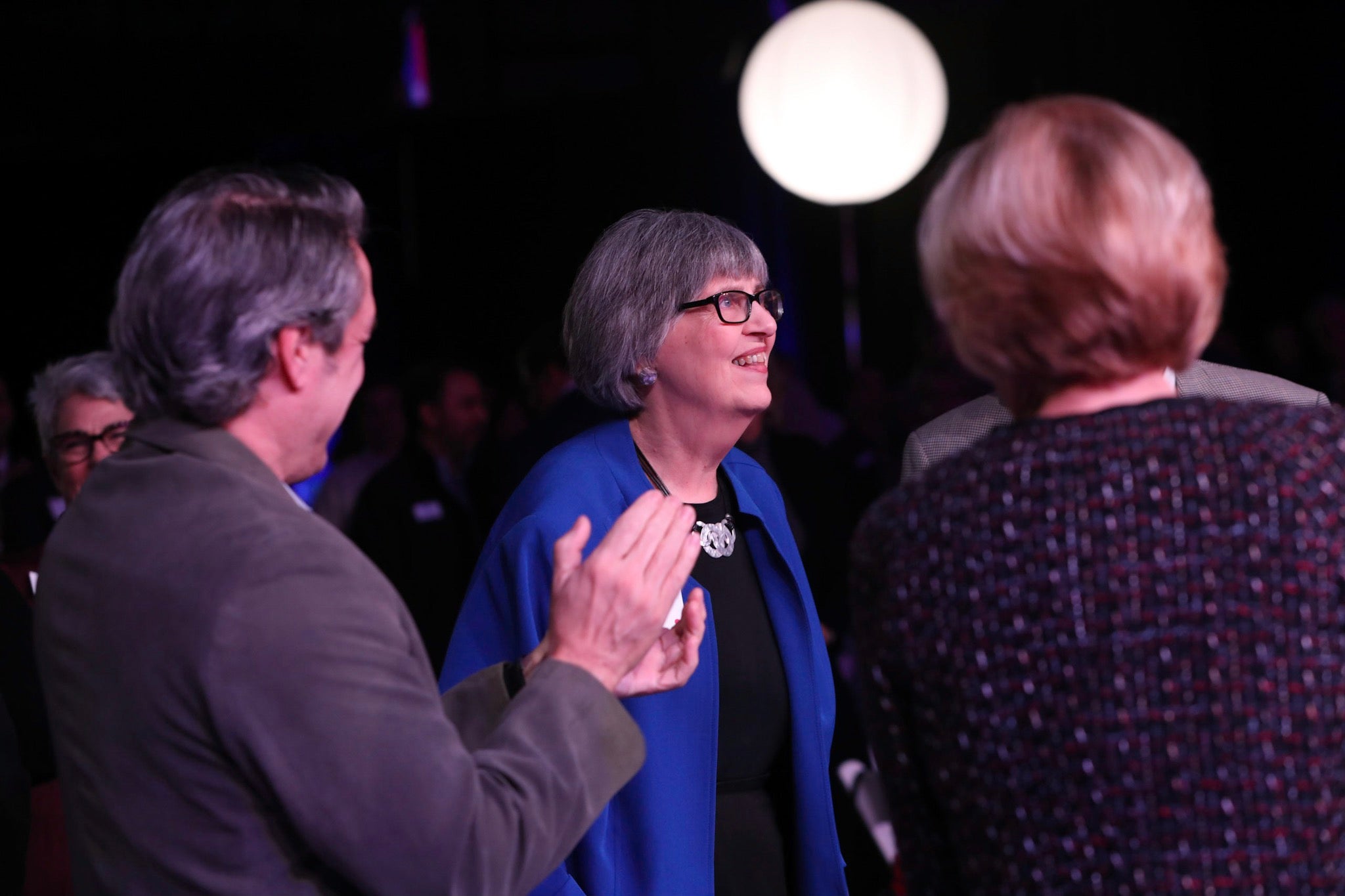 We are saddened to share that Judy Bright, a beloved member of our Camp family and a recent Lifetime Achievement award recipient, passed away last night. She was a trusted leader, a loyal friend, and a devoted Camp and YMCA advocate who served as a mentor and guiding light for so many. Our thoughts and prayers are with Judy’s family and friends and we are so thankful to have had her as a part of our lives.

Strong relationships build community. Strong relationships are the genius of our YMCA. Today, we give thanks for the life of Judy Bright – one of the greatest relationship builders in our YMCA’s history. Yesterday, Judy lost her hard-fought battle with cancer. While we miss her dearly, we celebrate her life and her impact on our YMCA.

Judy began her YMCA career at Camp Seafarer in 1970 as the head counselor of Camp III and worked in a variety of positions that included leading personnel and operations. In 1980, she became the director of Camp Seafarer – a position she held through the summer of 1992. In 1988, she assumed responsibilities as director of camping services, expanding her responsibilities to support Camp Sea Gull, a position she held concurrent with her duties as director of Camp Seafarer. Under her leadership, Camp Sea Gull and Camp Seafarer launched extended season programs and established Camps’ philanthropic support campaign, the Camp Annual Fund.

From 1994 – 2006, Judy served as executive vice president of the YMCA of the Triangle. In that role, responding to rapid growth, she created the Association departments for Financial Development, Risk Management, Human Resources, Marketing & Communications and Strategic Planning. Her leadership and vision helped strengthen the YMCA of the Triangle to keep pace with our Y’s growth and service to the community.

With Judy’s guidance and coaching, the Capital Area YMCA merged with the Durham YMCA to create the YMCA of the Triangle in 2002.

A generation of campers and staff identify their love of Seafarer with their love of Judy Bright. She had such an impact on the spirit, culture and the ongoing excellence of Camp Seafarer. She had a unique ability to communicate with a large crowd of girls while making each one feel like she was talking just to them.

No one has had a greater impact on our Y, and few have left such a deep and diverse group of dear friends among the volunteers and staff who have supported our work.

Everyone associated with the Y today, whether you knew Judy or not, should be inspired by her contributions. Take time to reflect on the power of one life committed to community, to children, to excellence and above all, friendship. Ask yourself - How do I choose to serve? What difference do I hope to make?

We loved Judy and she loved us back.